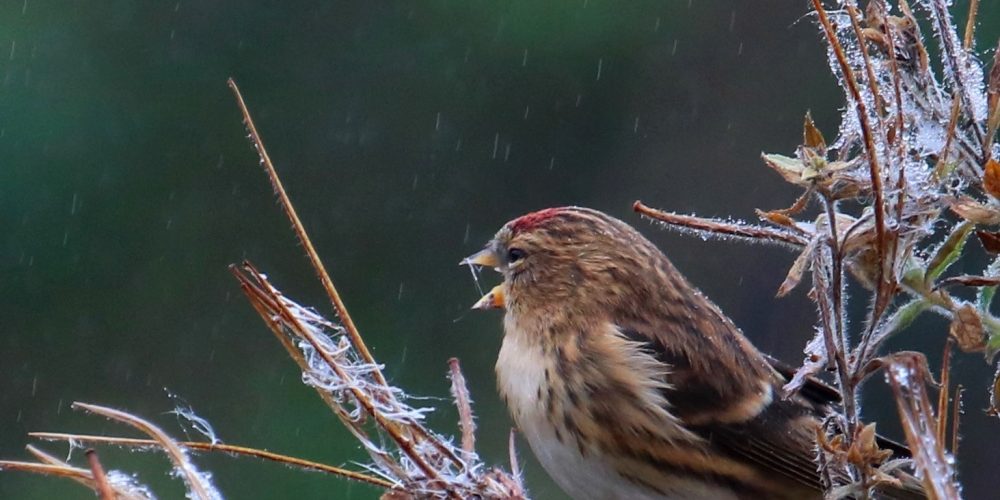 The Trust’s holdings have many unique features, one of the most important being the only remaining area of old, sheep-grazed chalk downland in this part of Hertfordshire. Roughdown and Sheethanger commons are orchid-rich and home to many rare species of wild plants and insects.  One of the shrub species unique to this type of habitat is wild juniper, a small conifer the berries of which are used to flavour the distilled spirit gin.

Before the second world war the downland was more open and home to several rare butterfly species.  More recently, hawthorn scrub and self-set trees had invaded parts of the chalk grassland, diminishing its value as a wildlife habitat.  The Trust has reduced the number of small trees and scrub to let in the sunlight and encourage the rare and beautiful wild orchids and butterflies to return.

The old chalk mines underneath Roughdown Common support bat roosts, a winter hibernation site, instigated by the Trustees in cooperation with the Hertfordshire Bat Group as part of the Four Hundred Year Celebrations in 1994.

The goldcrest, smallest bird on the British breeding bird list, is common in the yew woodlands at Westbrook Hay and, when the spring and summer visitors arrive, the woods and hedgerows are alive with birds such as chiff chaffs, willow warblers, blackcaps, garden warblers and their beautiful songs.

Skylarks are becoming scarce in the modern countryside, but they are in evidence over the estate grasslands.  Birds of prey include kestrel, hobby falcon (in summer), sparrowhawk, red kite and common buzzard.  Both little and tawny owl nest on Trust land and attempts have been made to introduce barn owls to the undeveloped grassland at Westbrook Hay.

There is very little standing water on the higher parts of the estate, apart from the dew pond at Howes Retreat and the woodland and Old Barn ponds at Westbrook Hay, which have environmental as well as educational value.  These have encouraged frogs and several species of dragonfly and damselfly to colonise, and are rich in invertebrate species.

Small mammals are abundant over much of the estate, a sign of a healthy environment, and those creatures that prey on small animals such as weasels, stoats and foxes are common.  Badgers visit the grasslands as do muntjac deer and the occasional fallow deer, and roe deer have regularly been sighted recently on Bulbourne Meadow.

Since 1999, the Trust has had dormouse boxes in the woods of Westbrook Hay.  The boxes are inspected every year and it appears that male wrens find them very handy!  However, there has been some scant evidence of dormouse occupation, so we believe that they are returning to the woods at Westbrook Hay.  On the other hand, the Edible Dormouse or Glis Glis is very much in evidence!

The undulating landscape at Bovingdon Brickworks (a legacy of its former life as a clay quarry) makes it valuable as a conservation area.  There are no great rarities, but the site supports a broad range of insects including solitary bees, wasps and butterflies that appreciate the mixture of grassland and bare earth.  Birds such as linnets, song thrushes, kestrels, whitethroats and finches  have all been recorded here, as has the increasingly rare turtle dove.

Butterflies and moths are abundant.  At least ten species of butterflies can be seen throughout the summer including Green Hairstreak, Marbled White, Speckled Wood, Gatekeeper, Ringlet, Orange Tip, Common Blue and Comma.  These populations continue to be boosted by the Trust’s efforts to increase the food plant potential of its land holdings.

The estate is watered in the valley by the rivers Gade and Bulbourne which are chalk streams, a globally rare habitat.  Sightings of kingfishers along the whole stretch of the Bulbourne where it flows through Trust land are not infrequent and the old watercress beds at Gadespring and Old Fishery provide an ideal environment for them.  The pure white little egret, which has been gradually extending its range northwards across the country, is also sometimes seen on this site.  There has even been an occasional sighting of a water rail.

The Trust’s lands also play host to many rarities and firsts. A good example of this would be the recent sighting of a Jersey Mocha moth. In September 2016, Trust chairman David Kirk and local lepidopterist Ben Sale undertook a session of Moth Trapping at Roughdown Common. During this session they managed to observe and catalogue a Jersey Mocha, which was later confirmed as the first ever sighting of this species in Hertfordshire! This is not only good news with regards to the biodiversity of the Trust, but also the wider Hemel Hempstead and Hertforshire region.