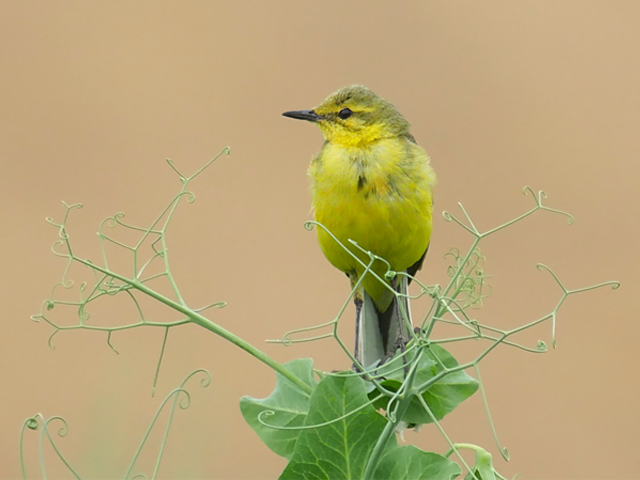 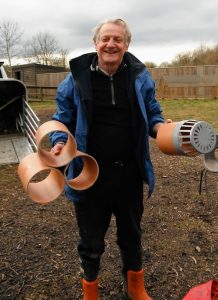 Tim Edwin is a Box Moor Trust volunteer and a member of the Gadespring work party. He has a wealth of knowledge of this fascinating site and shares some of it here.

The clear waters found in the Gade and the Bulbourne chalk streams, fed with pure water from underlying springs, are ideal for the cultivation of watercress. From the late 19th and early 20th centuries many cress beds were created around the area of Hemel Hempstead, the cress often being grown directly within the chalk streams in the areas where shallow gravel beds were found.

The local water cress industry flourished when the London and Birmingham Railway Company’s first rail section between Euston and Boxmoor opened in 1837. The railway enabled cress growers to send daily deliveries of fresh crops to the markets in London, therefore allowing the watercress business to expand within and around the area of Hemel Hempstead.

Around the period of 1946, the area produced one-sixteenth of the nation’s supply of watercress.

Gadespring is the site of a former watercress farm located in the Boxmoor and Chaulden area of Hemel Hempstead. The four acre cress beds site is situated on the south side of Chaulden Meadow, between Camelot Rugby Club’s pitches and the Grand Union canal (which runs parallel with the site) and is adjacent to Old Fishery Lane, which runs off Chaulden Lane and Northridge Way.

The Gadespring cress beds have existed in various forms at the Chaulden site for over 100 years. Reference to the site can be seen in the old OS maps dated 1898. The site where the beds are located was first created when the Grand Junction Canal was built through Boxmoor around 1797. The construction of the canal engulfed the river Bulbourne between Winkwell and Boxmoor, and rerouted it along the side of the canal. This created the spit of land where the cress beds are situated. In the early years, the site had two long, open beds, which were fed with water from the river Bulbourne through sluice points along the side of the river. From the mid-1800s the site of the beds would have formed part of the Chaulden House Estate.

Around 1953 the beds were being farmed by Mr Tom Williams, who had also farmed beds in Alma Road, Hemel Hempstead, Water End and Gadebridge Park.  The Alma road beds were taken over by the Hemel Hempstead Development Corporation in 1953 to make way for the New Town development.  Mr. Williams therefore moved his cress growing business to the site at Chaulden. The name ‘Gadespring’, was the brand name that Mr. Williams’s business operated under; this brand name continued to be used at the Chaulden site, thus creating the name used for the water cress beds at Old Fishery lane.

In the late 1950s, codes of practice were introduced into the watercress market place. These standards were driven by environmental issues (contamination of water supplies etc.) and stated that watercress must only be grown in pure water, generally from springs or boreholes at source. Stream or river water was not permitted to be used for the production of the crop, due to health risks and the general unsuitability of such water supplies for watercress production.

In 1960, Mr. Williams started a modernisation programme of the eastern end of the site. This was funded by grants from the Horticulture Development Council. The programme saw three artesian wells being bored at points across the site, and the construction of 36 separate beds which were separated by concrete walls which surrounded each bed. Water channels were created along the ends of the beds together with cross channels to feed water from the artesian wells, into and out of each of the individual cress beds.  A second modernisation programme took place, starting in 1968/9 which saw 21 beds being created at the western end of the site.

Mr Williams, continued to farm water cress at Gadespring until around 1977, at which point he retired and the site was then farmed by Mr Mills and Mr Smith.

In 1991, the Gadespring site ceased to be used for the production of watercress and the process of naturalisation began. Scrub and reeds began to take advantage of this period of inactivity and have thrived, although watercress still grows there. Now the environment mainly consists of wet woodland and reed beds with marshy areas, ponds and a scrape that is often submerged by shallow water.

Acquired by the Box Moor Trust in 2011, the four acre site will continue to be managed sympathetically for the benefit of wildlife and visitors with the goal of creating a new local nature reserve for Hemel Hempstead.  It is important to note that Gadespring is still being developed and due to health and safety considerations will only be available for access (other than to wildlife monitors and work parties) at organised events and at times when there is a weekend volunteer warden on duty.

The Trust has started operating open days on the last Sunday of each month (opening times 11:00 am – 14:00pm) when members of the general public can visit the site and guided tours are available, free of any charge.

The Trust is very interested for anyone who has family backgrounds associated with the site to come to one of the open days or to contact us so that we can learn more about the history of the site.  You can reach us at: [email protected]