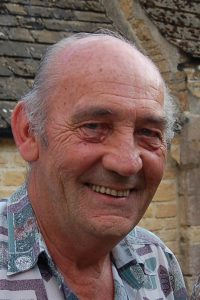 After an early career in the “colonies”, on return to UK spent 25years in Financial Services and the City. Has lived in Hemel Hempstead since 1975 where family also live. Grandchildren take active part with Camelot RUFC and Hemel Town cricket club, both clubs being on Trust land.

Became a Trustee in 2005, immediately being appointed to Finance & Assets committee, Took over chairmanship of this committee on sad passing of predecessor, John Steele. As well as main board, serves on Grants committee and sub-committees for Development and Archives.

Also involved with a.n. other trust and is Honorary Life President of Regimental Association.

Due to the current Covid-19 Pandemic, all planned events are postponed for the forseeable future.

Gadespring Open Day
Last Sunday of the month. 11am - 2pm